Nearly 1,000 victims of terrorism have jointly sent an open letter to President Biden. All of these victims are U.S. nationals, service members, and contractors who were killed or injured by acts of Iranian-sponsored terrorism in Iraq. 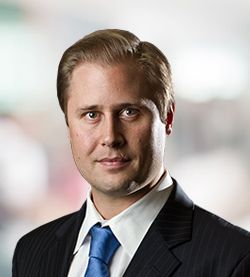 Easing sanctions means more money for terrorists and less for the victims of these despicable acts.”

PENSACOLA, FL, U.S.A., January 15, 2022 /EINPresswire.com/ — Attorney Chris Paulos, of Levin Papantonio Rafferty (LPR) law firm, announces that nearly 1,000 victims of terrorism that the firm represents have jointly sent an open letter to President Biden. All of these victims are U.S. nationals, service members, and contractors who were killed or injured by acts of Iranian-sponsored terrorism in Iraq.

The victims hope to dissuade Biden from caving to Iran’s demands on sanctions and unfreezing its assets as part of the Joint Comprehensive Plan of Action (“JCPOA”) re-negotiations.

“Sanctions have proven to be the most effective non-military method of diminishing Iran’s ability to support terrorism,” Paulos said. “Easing of sanctions means more money for terrorists and less for the victims of these despicable acts,” the attorney added.

Significant sanctions relief is one item on the negotiating table as the Biden administration negotiates in Vienna to constrain Iran’s development and acquisition of nuclear weapons. Of particular concern is the possibility of lifting terrorism sanctions imposed on Iran’s Islamic Revolutionary Guard Corps (IRGC), which along with Hezbollah and other proxies, committed terrorist attacks that killed and injured U.S. military members.

The letter reminds the President of the approximately $60 billion in unpaid terrorism lawsuit judgments and associated judgment liens against Iran that U.S. courts awarded to individuals for terrorists’ “egregious conduct.”

With billions of dollars of Iranian funds sitting frozen in banks in Japan, South Korea, and other areas, it is highly likely that the Iranian regime is demanding the release of those funds as a carrot for stopping the march toward nuclear weapons development or acquisition.

The letter urges President Biden to decline to lift or suspend sanctions that would release frozen funds until American victims have been compensated for their suffering.

Signees also invite the President to meet with some Gold Star families “directly affected by this issue.”

A PDF of the letter sent to President Biden is attached for your consideration.

The personal injury law firm Levin, Papantonio, Rafferty, Proctor, Buchanan, O’Brien, Barr & Mougey, P.A. has been representing the injured people of Pensacola since 1955. The firm has gained national recognition as one of the most successful personal injury firms in the country and has been featured on CNN, NBC, ABC, CBS, and Fox, as well as The Wall Street Journal, The New York Times, Time Magazine, Forbes, and National Law Journal.

In 66 years of practice, the firm has handled more than 100,000 personal injury claims and won more than $8 billion in jury verdicts and settlements on behalf of its clients.

CALIBRATE HYDRATION – THE FUTURE OF MOBILE IV THERAPY IN THE METAVERSE