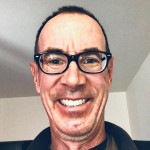 As I wrote last week, betting on the Lambs over the Niners was not the way to go.  The Lambs handle success as well as a drug addict handles being in a room alone with copious amounts of his fave narcotic.

Stafford, helping prove that Lambs head coach McChump doesn’t know what he’s doing, threw seven picks during the last three weeks of the season.  He threw two against the Niners and his last was the last play of the game.  The Lambs got rid of Goff in large part because he made too many crushing mistakes.  Stafford proved during the last three weeks that he isn’t much of an improvement.  His upside is better than Goff’s but his downside is every bit as killing as Jared’s.

I’ve written this numerous times but it bears repeating – the Lambs is a soft, pathetic franchise that tougher franchises like SF eat for lunch.  In last Sunday’s game the Niners rope a doped the Lambs by letting them go up 17-0 in the first half.  Stafford could only get seven more points out of his offense while Garoppolo, playing well enough to win, led his team to 27.  Niners head coach Shanahan, unlike McChump, properly values the run and doing so takes pressure off his qb and defense.  McChump only runs out of necessity and loves to heap pressure on his qb and d.  McChump has no problems going 3 and out with his qb throwing three incompletions that take little time off the clock.  That idiot mindset puts the Lambs’ not that good d back on the field right after it came off.  Being in soCal destroys the LA Lambs’ chances of being tough enough to ever win a Super Bowl.  Having a coach who doesn’t know what he’s doing and a qb who is untrustworthy destroys the chances of that statement being proved false.

The Raiders finally earned their name with a savage four games winning streak to close the regular season.  Each of the four was essentially a playoffs game and, though the Raiders sometimes tried to go home early, they rose at the right times to get into the playoffs.

In the last victory, a thrilling win over a trying to win Chargers team, near the end of regulation the Raiders couldn’t stop LA’s very good young qb Herbert.  That failure doesn’t bode well for the Raiders in its playoffs matchup at Cin.  Cin’s qb is every bit as good as Herbert and his wideouts are better.  Even if the weather during the game hurts passing, Cin’s running game is good enough to give the Raiders fits.  Cin, like the rest of the home teams this weekend and this coming Monday, will win.

Rodgers still can’t shut up and Green Bay’s d isn’t very good.  Unfortunately for GB’s haters, the Pack’s biggest threat in football, Tampa Bay, is lacking two serious weapons.  Psycho Antonio Brown, who handles success even worse than the Lambs, got himself released by TB.  Not long before that, TB lost an even more potent receiving threat when Godwin went down with a major injury.  Two other major weapons, Fournette and Davis, may well be hampered during the playoffs.  Without the two and with the other two not as good as they can be, Tampa is significantly less potent offensively than it was last season.  That decline might be enough to get Aaron his second.

Predictably the Colts cratered down the stretch and by losing at Jax unforgiveably gave a playoffs spot to Pitt.  When Indy choked against them at home in week 17 the Raiders became a getter of Indy’s largesse.  The Colts’ choke job should cost the coach, Reich, his job.

Coaches fired shortly after the season ended are Nagy who asked for it with his awful handling of at least two qbs; Zimmer whose offense this season wasn’t consistent enough, defense this season wasn’t good enough, and tenure wasn’t successful enough; Culley who wasn’t given much rope or talent by his inept employer; Flores whose, according to owner Ross, burning through assistant coaches didn’t show the stability Ross needed to see; and Judge who was cracking under pressure and who ownership hamstrung with inferior talent.  Because his team finished very strongly this season, only the Flores firing was a big surprise. Some have speculated that Flores got canned because his relationship with his can’t stay on the field can’t throw down the field qb Tua wasn’t good enough.  Regardless of why, the next Miami coach will know he’d be wise not to burn through assistants and not to start a season 1-7.

Seattle finished strongly and that finish tells us a few things.  One is that qb Wilson still has it and, since he’s long in the tooth, if he wants to win another ring soon he needs to leave. Another is that head coach Carroll needs to go.  His team didn’t do enough while Wilson was out or shortly after he got back.  He’s relentlessly failed to develop a consistent enough offense or a good enough defense.  Of course those are hardly all his fault.  For years Wilson has too frequently held the balll too long and run around too much.  Those bad habits led to his taking too many hits.  After last season he lamely complained about his lack of protection.  His protection in 20 was fine.  He just didn’t do his job and get rid of the ball.

Seattle’s lack of talent on recent defenses should cost the talent gatherers their jobs.  There are plenty of young, cheap, and good defensive players the Hawks could have acquired the past few years.  Dallas, almost as inept and pathetic as it gets, drafted stud defensive lineman Parsons in the last draft.  Because of a stupid trade, Seattle didn’t have a first round pick in that draft.  Because it’s run by people who lack creativity and brains, it wasn’t tough enough to trade up to have a chance to take Parsons.  Seattle’s got very nice wideouts but without a real d they’re wasted.

To be done with all the idiocy, the owner wouldn’t be wrong to clean house and get rid of Wilson, Carroll, and all talent gatherers.  In the past year far from young Wilson has suffered a serious injury and blamed others for a problem his poor play caused.  If he made less money it would be easier to keep the whiner around.  He intimated last offseason that he wouldn’t mind going.  It’s best for the franchise that it helps him find a new home.

In the second round of the playoffs I like the higher seeds to advance.  Consequently, the conference championship games will be Tampa at Green Bay and KC at Tenn.  Like last season, Tampa’s d will frustrate Rodgers and his not great head coach just enough.  Tenn, the toughest team in the world, will beat up KC.  Brady will win his eighth in Feb.

Legendary sports blogger. Expertise in the NBA, the NFL, and in MLB.