A car show with a twist 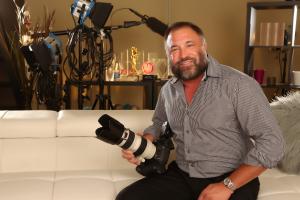 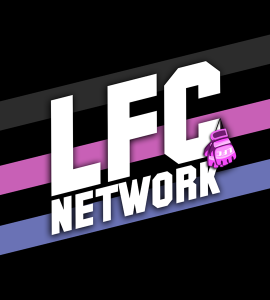 It will be an epic ride, especially with the Modz projects we have planned, and the Bodz that will be there to help!”

“We’re very excited to have Miles involved in the network,” LFC CEO Shaun Donnelly says. “He brings a great deal of passion to every project he’s involved in and is known for producing outstanding content.”

The pair met this past summer in Sturgis where Long was quick to lend a hand at the league’s back-to-back-to-back events at the legendary Sturgis Motorcycle Rally. That led to Long joining the crew as a camera operator and offering his considerable photography talents to the LFC’s 4th annual calendar.

“It was an absolute pleasure to be able to work with the LFC,” Long says. “It’s a perfect fit for me, not only because of my extensive background in Martial Arts personally, but also because of my experience shooting MMA and Wrestling events.”

Modz & Bodz promises to be a car show with a twist. As the show’s host, Long will walk viewers through the installation of parts and tuning on a variety of sexy vehicles (modz) joined each episode by an even sexier guest (bodz). Long and his famous friends will work on cars together, cracking jokes and having fun, followed by a drive in the finished car and a sexy photoshoot for good measure.

“Everyone who knows Miles knows his love of beautiful women is matched only by his love of fast cars and fast bikes,” Donnelly says. “So I can’t think of anyone better suited to create a show that combines the two.”

“Doing a car show has been a goal of mine for a while, and it makes it even more special that I am able to do it for LFC Network, and share both my passions and sense of humor with all the fans. It will be an epic ride, especially with the Modz projects we have planned, and the Bodz that will be there to help!”

To install LFC Network on your Roku device or TV go to the Roku Channel store and search LFC Network or go to:

Miles Long is well-known as a Multi-Award Winning, 4 x Hall of Fame Photographer, Producer and Director, with a résumé spanning two decades alongside the biggest stars in the business. In his lengthy career, Long has earned 11 award wins, 88 nominations and 4 Hall of Fame trophies.

Long also has a well-earned reputation as an entrepreneur and businessman, owning and operating a mainstream production company and record label while becoming a well-known and internationally published photographer, with his work appearing in Magazines, Pictorials, Product Placements, Ad Campaigns, Billboards, Newspapers, Publications and Social Media content worldwide.

In addition to his successful cinematic endeavors, Long is also a well-known automotive and motorcycle enthusiast with a stable of sponsored and award-winning show bikes and show cars that he has hand-built himself in his spare time including: his Team PPI sponsored Noble M400 Supercar with a monster custom stereo system, his dual bottle Nitrous Express kit Drag Chopper which has been featured in commercials and booths at CES and SEMA and his one-of-a-kind 2004 Subaru Forester LH drive STi Conversion, sponsored by Mishimoto, Cobb Tuning, Encino Tire, KARTBOY, B-Tech Performance, Subie Sales & The Subie Society, which won the 2019 ‘Best Forester’ at Subie Invasion in Las Vegas and 2021 2nd Place “Best WRX” at Las Vegas’ 360 Car Show. Learn more about Miles Long at mileslong4real.com.

The public filings of LFC may be accessed at the SEC’s Edgar system at www.sec.gov. Statements herein are as of the date of this press release and should not be relied upon as of any subsequent date. LFC cautions readers not to place reliance on such statements. Unless otherwise required by applicable law, LFC does not undertake, and LFC specifically disclaims any obligation, to update any forward-looking statements to reflect occurrences, developments, unanticipated events or circumstances after the date of such statement.