River of Songs, a film written and directed by Kalpna Singh-Chitnis 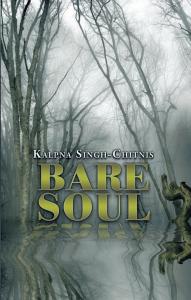 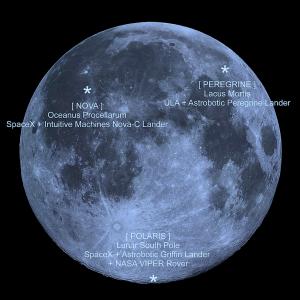 Indian-American poet, writer, filmmaker, and actor Kalpna Singh-Chitnis’ poems and film travel to the Moon with two separate NASA missions in 2022 and 2023.

The lunar missions of NASA are taking expansive and hopeful messages to the Moon added to the Lunar Codex Time Capsules, worthy of archiving for generations. This gives immense hope…”

LOS ANGELES, CALIFORNIA, USA, January 13, 2022 /EINPresswire.com/ — Indian-American poet, writer, filmmaker, and actor Kalpna Singh-Chitnis of Irvine, California, takes her poetry and film to the Moon. Four poems from her award-winning poetry collection “Bare Soul” and her poetry film “River of Songs” written and directed by her will travel to the moon on two separate NASA missions in spring 2022 and 2023.

The Lunar Codex has been called the most expansive, international, and diverse collection of art and culture launched to the Moon. This will be the first significant placement of contemporary arts on the Moon in 50 years and the first project to launch the works of women artists to the lunar surface. It is also the first project to place film and music on the Moon. While focused on visual art, the Lunar Codex also includes a substantial collection of contemporary books, stories, poetry, essays, and more.

The U.S.’s National Aeronautics and Space Administration (NASA) plans the Artemis Program to land humans back on the Moon – targeted for 2024 – in over 50 years.

In preparation, NASA will send scientific instruments to the Moon from 2021 to 2024 via Commercial Lunar Payload Service (CLPS) partners, such as Astrobotic Technologies and Intuitive Machines. Their lunar landers will launch via commercial rocket platforms by the United Launch Alliance (ULA) or SpaceX. Along with NASA instruments, these missions will carry commercial payloads, including the time capsules that make up The Lunar Codex.

The Curator and Payload Coordinator of the Lunar Codex, Dr. Samuel Peralta, says, “I dreamed of going to the Moon, and one day it was possible. I’m sharing that dream with some of the artists, authors, musicians, and filmmakers whose work I love. Together we are the Artists on the Moon, and The Lunar Codex is the collection of works in our lunar time capsules. …It speaks to the idea that, despite wars, pandemics, and climate upheaval, humankind found time to dream, and time to create art. Our hope is that the future travelers who find these time capsules will discover some of the richness of our world today…”

Kalpna Singh-Chitnis’ poetry has been compared to the works of Whitman. Her voice is considered original, cross-cultural, universal, and classic. Her poetry collections have received praise from eminent writers, such as Nobel Prize in Literature nominee Dr. Wazir Agha, Vaptsarov Award, and Ordre des Arts et des Lettres recipient Amrita Pritam, and poet and Oscar-winning lyricist, and filmmaker Gulzar.

Born and raised in the land of the Buddha, Gaya/Bodhgaya in Bihar, India, Kalpna Singh-Chitnis migrated to the USA in 1994. She is a pioneer in film, literature, and art in the Indian-American community. She shares that “The lunar missions of NASA are taking expansive and hopeful messages to the Moon added to the Lunar Codex Time Capsules, worthy of archiving for generations. This gives immense hope. My poetry and film, both going to the Moon, is an affirmation for my poet, artist, and filmmaker.”

A former lecturer of Political Science, and an Advocacy Member of the United Nations Association of the USA, Kalpna Singh-Chitnis is also the founder and director of the “Silent River Film Festival (Irvine’s first international film festival), and “Silent River Film and Literary Society” (a 501C3 Non-Profit.). She holds a degree in Film Directing from the NYFA and works as an independent filmmaker in Hollywood.

CALIBRATE HYDRATION – THE FUTURE OF MOBILE IV THERAPY IN THE METAVERSE