Blackrock Slips as Firm Likely to Get into Investment Mode 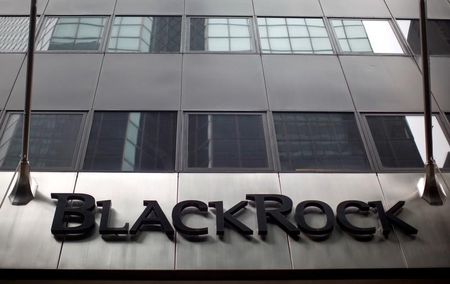 Investing.com – BlackRock stock (NYSE:) fell 2.4% on Friday on concerns the fund giant is likely to get into investment mode again, a move that could keep its profit margin under pressure.

“Looking forward, they are going into investment mode again,” Reuters quoted Edward Jones analyst Kyle Sanders as saying. “They are going to spend a lot, and that is probably going to make it tough for them to really have meaningful profit margin and EPS growth in 2022,” he said, as quoted by the agency.

For the fourth quarter ended December 31, Blackrock’s 14% gain in revenue, to $5.10 billion, just met expectations while adjusted profit per share of $10.42 topped estimates.

Assets under management at the world’s largest money manager scaled a new peak of $10 trillion by the end of December, up from $8.68 trillion a year earlier.

“Our business is more diversified than ever before – active strategies, including alternatives, contributed over 60% of 2021 organic base fee growth,” Chief Executive Officer Larry Fink said in a statement.

Net inflows for the quarter were at $212 billion, of which long-term net flows accounted for $169 billion.

ETFs attracted a net $104 billion, 11% higher than a year ago and a record for the company, Blackrock said.

BlackRock now manages $2.6 trillion in actively-managed funds that include ETFs and mutual funds. The firm’s alternatives business, which includes hedge funds, saw $5.5 billion of inflows, taking total assets to $265 billion, according to Bloomberg.